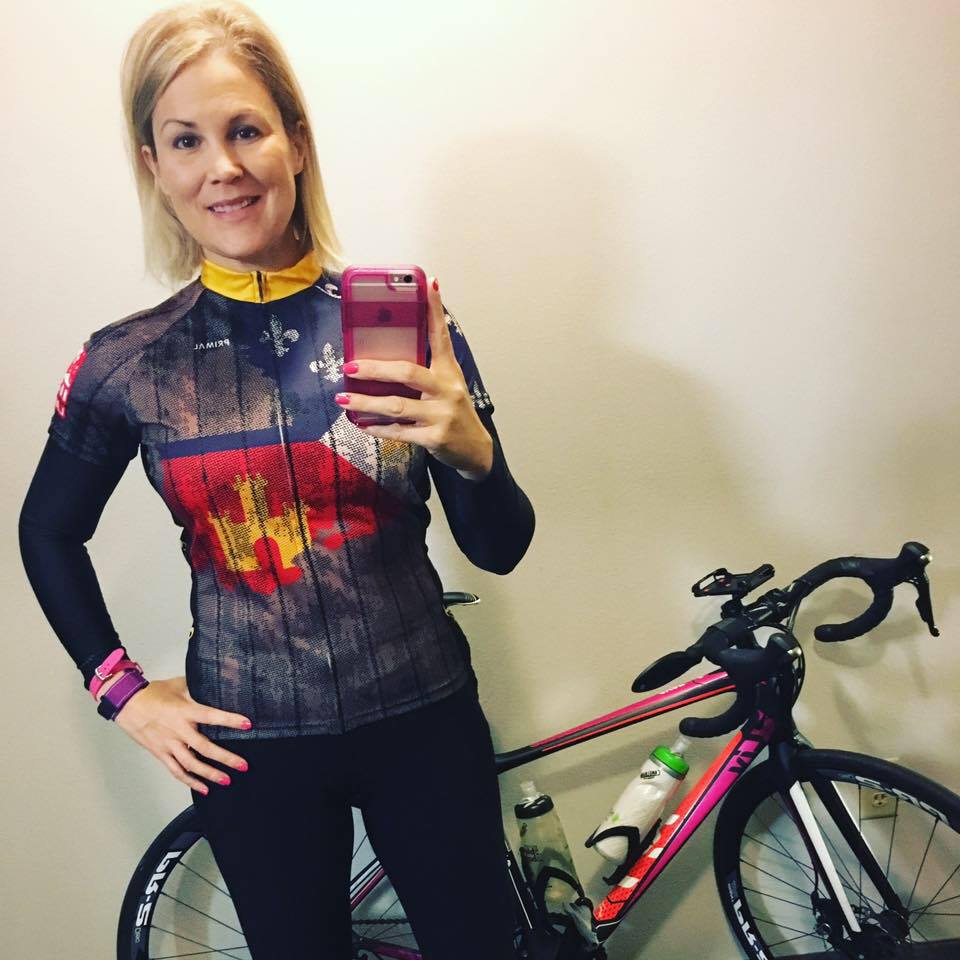 Sixteen years ago this month, my husband and I were married. We were barely able to shake the rice out of our hair and clothes before we were asked about children.

Fourteen years ago, I gave birth to my incredibly handsome and wonderfully original son. Before I’d even mastered the art of the diaper change, I was asked when I’d have another child.

Fast-forward to 2014. Determined to overcome a back injury and subsequent surgery, I started running again. I was immediately asked when I’d run a 5k. As soon as I’d completed one, I was pressured to complete a half marathon.

In January 2015, I ran the Rock n Roll New Orleans half marathon. I had just posted the post-run I-can’t-believe-I-survived selfie, when a FaceBook friend asked the inevitable, “So, when are you running a whole marathon?”

That same year, I began cycling. Almost immediately, I was asked why I wasn’t competing in triathlons. So, I signed up.

I could go on, but I think you get where I’m going with this. When is good enough ever good enough? What prompts humans to constantly try to one-up each other?

In my case, I think there are several issues at play. First, I have an internal competitive perfectionist who simply can never be satisfied with status quo. She is always searching for the flaw, a string to pull in order to unravel my self-esteem and prevent me from basking in the limelight of success for very long.

Second, I think many of my well-meaning athletic friends suffer from a similar malady. Always looking for the next challenge, they’re not content with sitting resting and enjoying the moment, so I shouldn’t either.

But, it goes deeper than just competitive athletes. There seems to be an undercurrent in society of humans making themselves feel better by diminishing the accomplishments of others. I’ve heard it referred to as leveling. Basically, when we perceive someone getting ahead of us, we have the need to diminish their accomplishment, level the playing field.

It’s time to stop the madness. It’s time to recognize that a little competitive spirit is good, but when it pushes to the point that you can no longer see and appreciate your daily successes and the overall forward progress you’re making, it’s gone too far.

It starts with me. And you. It starts with allowing ourselves a breath, a moment of simple, “Hey, I really just did that and it was pretty awesome!” before we set our sights on the next challenge. Or not. I may choose to stay where I am, and that’s OK. Just because I average 16 mph on my bike and you prefer 20 doesn’t mean I need to improve. We have to stop ourselves from raining on our friends’ parades. Give them that same opportunity to revel a moment in their accomplishments.

We are each on our own journey. My path may converge with yours for a moment, but you don’t know me, where I’ve been, nor where I’m going. I may not be the fastest on the road. Know what? I don’t have to be. It’s OK.